Investment in so-called “golden” visas, the process whereby non-EU citizens can “buy” residence visas in Portugal, fell 23 percent in the first half of the year.

While the programme appears to be attracting fewer investors, figures for the month of June (total €73 million) represent an increase of 38 percent compared to the same period last year. 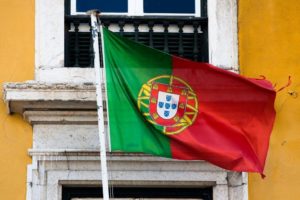 Of the 108 visas granted for property purchases, 16 were granted in the context of urban rehabilitation.

In the six and a half years since the scheme was launched, golden visas have brought in a total of €4.6 billion.

Of this figure, €4.1 billion was from property purchases and €442 million from capital transfers.

Up to the month of June, a total of 7,150 golden visas have been granted for property purchases, of which 334 were for urban rehabilitation.

When it comes to who is taking up the programme, 4,291 golden visas have been granted to Chinese citizens, 764 to Brazilians, 347 to Turkish, 299 to South Africans and 263 to Russians.

EESC Demands an End to All EU Golden Visas